Alright, today was my very first flash mob! It was very exciting, I'm not gonna lie, I definitely think we freaked some people out. It was almost like a cross between "Passion of the Christ" and "V for Vendetta," tons of people en mass migrating to some random park in Cambridge.

The group that I left with departed from MIT at about 2:00 8 people. We went to the T stop, hopped onto the train, and arrived at our destination about 15 minutes later, 18 minutes before the big moment of 2:38 pm. Somehow, our group of 8 turned into this:

That's right, somehow we picked up a ton of people on train, and we actually looked quite cool going down the street. 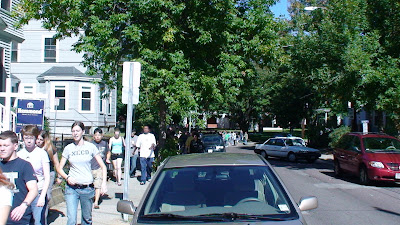 When we go there we realized just how many people were going to be there (a ton!). 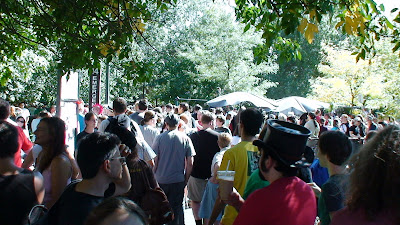 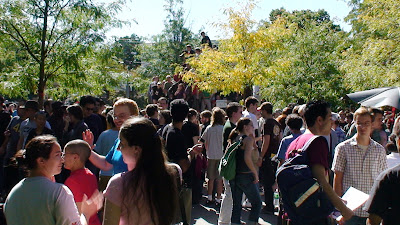 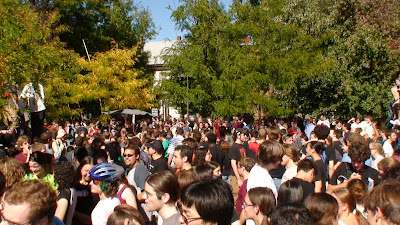 Soon I started seeing things I recognized from the comics, like red spiders: 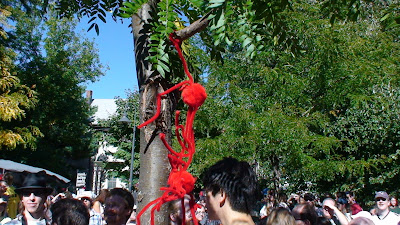 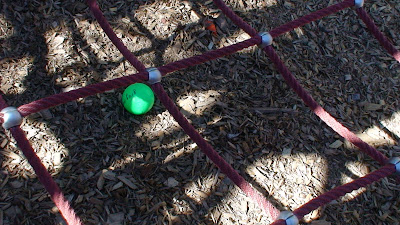 And, combining two comics into a single picture, I saw tape measurer competition and a "Citation Needed" sign (the sign is in the background, behind the tape measurer guys, you can't see all of it, but it looks exactly like it does in the comic): 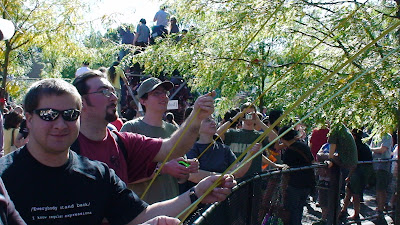 Also present were some velociraptor fans: 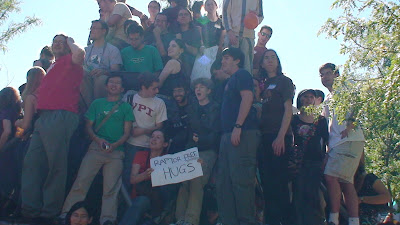 Now, a quick refresher as to why we were all there:

In case you couldn't tell, Randall Munroe is the guy that writes the comic, and apparently I was standing right next to him and didn't even realize it until he started waving. 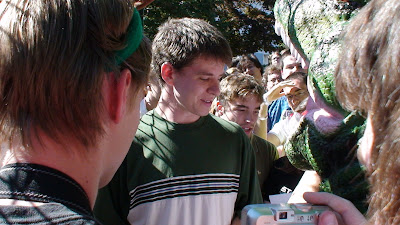 After the video cuts out, he goes on to say that we need to finish the "Dream Girl" comic because the ending was wrong. He had huge white panels for everybody to draw on so I got a picture of some people finishing the Dream Girl comic the way it really happened (click the pictures, any of them in this entire post, to make them bigger). 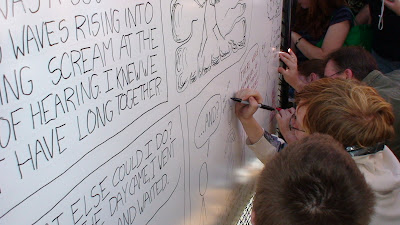 We wrote on the panels, we showed some school/dorm spirit: 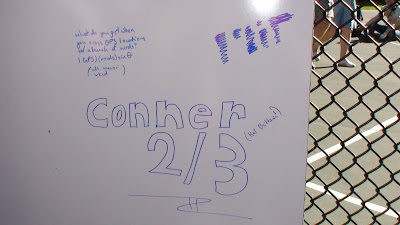 And then, it was over. Randall signed autographs and we took off, after enjoying our very first flash mob. Good times had by all!

Hahah, I love xkcd! And how half of MIT is willing to go out to this event. Wanting something definitaly can make it real :)

XKCD is amazing! It's so cool that you met up at the coordinates. Too bad I live nowhere near Boston.

nice, there should be more parties like that :) but i havent seen BHM anywhere

Donate to a poor College Student